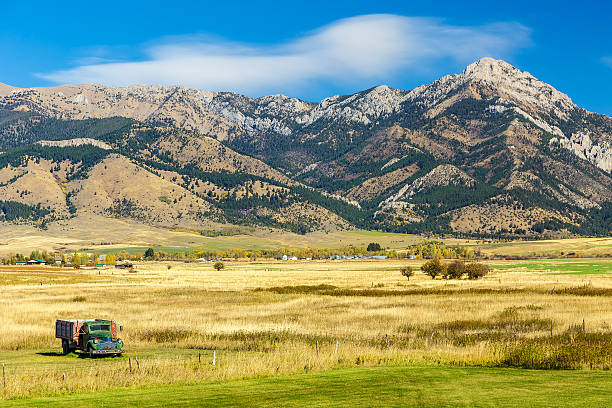 In 1882, Thomas B. Quaw, an entrepreneur, located land along the new surveyed Northern Pacific railway about ten miles from Bozeman. He found this property greatly to his liking, and thus, the community had its beginning. At that time many Europeans financier invested money to complete the Northern pacific line. As a complimentary notice of appreciation to the Serbian investors this blind siding, was named Belgrade, after the capitol of Serbia.

From the turn of the century through the 1930's, Belgrade continued to expand, gaining businesses, professionals and the trappings of an established community. However, speculation in the community slowed, the depression took its toll, and Belgrade settled into the quiet farming community it was to remain for some time.

After World War II, Belgrade began to enjoy prosperity. Existing businesses expanded and relocated to larger facilities and new businesses were begun. Belgrade continued to enjoy its excellent school system and active community members. Then, most businesses were run by local families with a strong commitment to community.

In the late 1980's and through the 1990's, Belgrade saw tremendous expansion. Although a lot of the faces have changed in Belgrade and in its business community, the strong commitment to the community continues. Local business people, city officials, school administrators and community members continue to work together to attract new businesses and help existing business expand. At the same time, Belgrade has established itself as an independent community with excellent services & school system and an unbeatable living experience of a small town.